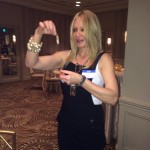 Growing up in the prairies of Canada every protein that passed my lips was definitely on the well done side; steak – well done no pink traces of blood to be found; roast beef – so well done the outside of the beef actually had a hard coating; roast turkey and chicken – not considered cooked until the meat fell off the bones; fish – flakey to the point it was dry and needed two sides of tartar sauce and extra lemon, hell more like a whole lemon. This was how I grew up eating meat; and even though I now prefer my protein not be dry like the desert, admittedly to this day still ask the waiter to butterfly my steak and give explicit instructions that my fish be cooked flakey to the core.

So arriving in Los Angeles where there is a Sushi restaurant on every corner, you would think by now that I would have acquired a taste for this cuisine. Can a girl go from eating burnt meat to raw fish? My answer to that is, seriously, do I look like an Eskimo? Just because I came from Canada and my neighbors to the north (yes north of even me) existed on raw fish straight from the cold Arctic Ocean did not mean that being northern neighbors would somehow give me the ‘propensity gene’ to acquire a palate for it. And it’s not like I haven’t tried. I have tried it all, from the rolls to sashimi right down to the grossest of gross, the orange glob like thing they call Uni… I have tried it all. Tried it all and I can’t get past the texture, not to mention the worms and parasites that might be living in each and every bite. Why try you ask? Basically in LA you have to try it, why, because truthfully you can’t avoid it….Proximity – Not only are there more Sushi joints than gas stations in LA, in fact I would likely pass three spots where I could find a fresh piece of Halibut sashimi before I made it to any gas station……Dating – dating is another reason why I have tried to learn to like or even tolerate a little Sushi. Men love to take you on dates to Sushi restaurants. Worse they love to order for you in Sushi restaurants, even after you have explicitly told them that you don’t like sushi, and even after they have taken you on a prior date to a sushi restaurant where you were practically teary and gagging when you had to sit at the sushi bar…..Parties – parties and events, the lovely invites that float about town, the ones with promises of hosted drinks and past hors d’oeuvres – ninety nine percent of these elegant or not affairs have at least one of their three ‘small bites’ being a small bite of some form of raw fish, usually some form ahi tuna whether in a roll or on a cracker, or with a piece jalapeno stuck on top of it. However it is packaged, or however pretty it is, it is still raw fish.

So how to survive sushi, given that you are like me, one of the few Los Angelites who doesn’t seem to enjoy a good piece of raw potentially mercury infused fish?

1. Alcohol…it can be your best friend. Drink a lot. Especially on dates. In this situation alcohol makes the swallowing of the raw fish bits easier as you are now wasted and don’t know what you are eating, also hopefully the alcohol might help to distill the fish as it makes its way through your intestinal tract. Better yet try to get your date to drink more than you so that he doesn’t notice you pushing the piece of raw fish around on your plate and will be more wasted then you and unable to take advantage of you as you flee his grips at the end of the night.

2. Cooked Sushi…yes California rolls, shrimp rolls, and vegetarian rolls are delicious, full of carbs and fat, but delicious. Just plan to spend a bit more time on the treadmill the following morning.

3. Honesty… tell dates that you hate sushi, because as much as I love my wine and sake, I realized awhile into this sushi game that anything I needed to get completely wasted in order to eat wasn’t really worth eating. This will be a barometer for the men in your life, those who really like you will listen to you, and they are the only ones worth keeping.

4. Eat before you go out… especially to parties. There is nothing worse than being at a party, looking your glamorous self, only to find out that all three of the shi shi appetizers are composed of raw fucking fish, and then the alcohol has nowhere to go and you get tipsy after one drink and perhaps say something stupid or trip. (My friends reading this are laughing out loud right now!)

5. Finally…  never let your gas gauge go below a quarter of a tank, because in case of an emergency and your car is out of gas, how far do you think a piece of yellow tail will get you? Seriously. 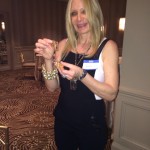