Thursday nights are normally ‘invite-packed’ nights for Hollywood happenings.  Last Thursday, was such a night.  As Girlfriend and I made our way through the crowd at a hip new store opening on Sunset Boulevard, the DJ’s tunes bellowed so loudly that conversing was tough.  So we did a quick tour while sipping our champagne and made our way to the front door so we could at least hear each other speak.

Starting our girl chatter and catching up – still in proximity so not miss the shi shi appetizer trays floating around the room, and still in close enough range to the bar to top off our champagne flutes –  I casually asked a gentleman that had just entered the venue if he minded taking a picture of me and Girlfriend. He nicely snapped away, and then instead of turning away, he lingered on to chat and find out all about us.  He was a heart surgeon, and was there with his friend.  When he found out my Girlfriend dealt in the art world, he asked her for her card as he was in the process of decorating his office.  He was pleasant, nice, but after 45 minutes of the party combined with heart surgeon’s chit chat, we were more than ready to leave, and excused ourselves as we went off to grab dinner.

Girlfriend wanted me to try out a new haunt in Beverly Hills called Wally’s, and small party appetizers aside, I was starving.  As we were about to pull away from the valet, Heart Surgeon knocked on my passenger window to get our attention.  As I rolled down the glass, he stuck his head into the car and asked if we would mind if he and his friend joined us for dinner.  You know I hate when that happens, when someone puts you on the spot like that, I mean…can one really say no?   Next thing I know two men, two virtual strangers, were following us in their car to Wally’s Wine Bar.

At this point all I really cared about was feeding my belly; it was crying for food.  Not exactly happy about being stuck with guys that were of no interest to me because two girls out together, dressed up, and looking sexy are pretty likely to meet men, but now…now..NOW..we are stuck with these two strangers and hoping they were at least amusing and that Heart Surgeon might be a potential client for Girlfriend. 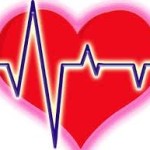 Heart surgeon’s friend, who was a movie producer (of course, it’s LA, what else would he be??) mentioned as we were being seated, that we would be nicely taken care of, and that dinner was their treat for letting them impose on our night.  Girlfriend and I perused the menu, and ordered modestly – she a salad, me a burger and fries (Canadian girl always), and we each had a glass of wine.  They ordered their meals and for the next hour and a half we attempted to make conversation with these men….and guess what, it wasn’t easy.  Heart surgeon did not have too much to say, but movie producer on the other hand was more than happy to regale us with stories of his next movie, and show us pictures on his iPhone of potential leads, he thinking Rhianna was his best choice.  Me thinking, wow…this guy is reaching, especially since I had never heard of any of his prior projects.

As the night finally wandered to a close, Girlfriend got up to stretch her legs, and that is when Heart Surgeon said the oddest thing. It was obvious by now that Heart Surgeon had a crush on Girlfriend and the ‘office art decorating’ had been merely a ploy to get her card, but  when he looked at me and said “She could have been a contender” I was speechless , which is a rarity for me.  Okay  Marlon Brando…a contender?  What the hell? All I could think of was, does he really think she would want to have been a contender? Yikes…what an ego!  And on top of that, the words ‘could have been’ sort of implied to me that it was too late to be a contender even if she wanted to….was he Married?  Engaged?  It was all too weird.

Thank god the bill arrived.  Girlfriend was back and took out her credit card and put it down with the bill, I added cash to the black billfold –  each of us prepared to pay our part even though Heart Surgeon’s  friend had more than implied they would pay  the bill. Surprise on us, Heart Surgeon took his card, her card, my cash and handed it to the waiter.  Okay, we knew we had done the right thing, but, ummm, it was odd.  Suddenly Heart Surgeon jumped up, ran off for a second, came back, and several minutes later the waiter returned with the bill.  Surprise on us again, he had decide to pay the entire bill, and handed girlfriend back her card….but then…he looked at the waiter and said “keep the cash as a tip”.  Are you freaking kidding me…..he took my cash, and paid for her dinner because he had a crush on her? It was classless….totally classless.

You know ………Heart Surgeon called Girlfriend, and do you think she answered or called back? Hell no! He was disrespectful to her friend (moi!) and let’s face it….cheap. He was cheap.   So men, if you are reading this, here are some tips you might want to consider if you want to impress a girl: 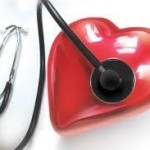 If you wanna keep a girl’s heart beating, be a gentleman, or that heart will quickly beat for someone else!

Moral of the story is if you want to get the girl, you had better be nice to ‘her’ girl…. 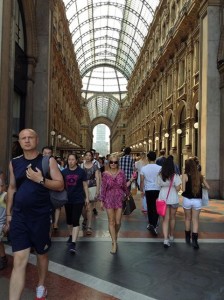 Online Dating “OK Stupid”
Profile Pic!   Online dating…. I have been beyond hesitant…