Stranger On A Plane

STRANGER ON A PLANE 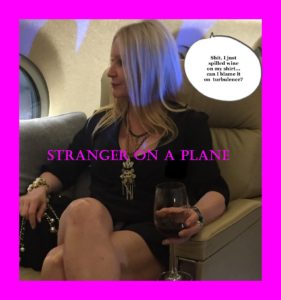 As I get ready to head home for the holidays, I am reminded of a man – a STRANGER ON A PLANE – one I met last year when I was traveling home to Canada.

When you get on an airplane, and you are flying solo, the likelihood that you will know the person who is sitting next to you is highly improbable. Most often, it is a random STRANGER ON A PLANE that will be seated next to you.

So, if you get lucky enough to be seated next to a STRANGER ON A PLANE – one who doesn’t delineate the above mentioned infractions to your on flight experience – you might actually get lucky and meet an interesting, or an amusing soul, one whose company will help you pass the flying hours, or leave you alone, becoming an innocuous traveling partner.

Last year, I got seated beside a man named Ted, and as I had used my miles to fly home to Canada, I had just enough miles to get a first class ticket – my preferred way of traveling, and hopefully someday my only way of traveling (are you listening Money Gods?). Sitting up front, I knew that I only had to deal with one STRANGER ON A PLANE as opposed to multiple strangers in coach. Therefore, my odds of having to endure an ‘unfortunate’ traveling companion were greatly diminished.

Ted won my heart within the first fifteen minutes of the flight.  The night before my flight I had attended a holiday party, and as I had drunk several glasses of champagne and later indulged in both red and white wine – I know, I know – I had a hellish headache.  I realized when I got to the airport that I had forgotten my bottle of 600mg prescription Ibuprofen.  You see, earlier that morning, I had to tear open my hand luggage to find it, as it was already packed in case of any alcohol-induced Christmas headaches. In my hurry to get to the airport, I accidentally left my Ibuprofen behind sitting on my bedside table.  As the medication I had swallowed in the morning was starting to wear off, and as my headache was creeping back, Ted – my STRANGER ON A PLANE, aka rescuer – happened to have the exact same medication on him, and was more than happy to share his with me. He joked that he was flying back from Indonesia with his family – LA being the connecting city – heading home to Minneapolis for the holidays, and that the 600 mg Ibuprofen was a traveling staple as far as he was concerned.

Ted was traveling with his family of five – his wife and three kids; two of his kids were seated two rows in front of us, and his wife and third child were seated three rows up and to the left. After the medication kicked in, and as we were eating our lunch, he started to tell me about working in Indonesia, and the ins and outs of life living so far from home. I found his stories quite fascinating, and after we had exhausted the whole ‘who was he discussion’ – and as the movie projector was not working on our flight – it then became my turn to fill the air space between us with stories.

Living in Los Angeles, I never have had a lack of stories to tell, and he was amused by my ‘Hollywood tales’. Eventually, we started to talk about relationships, and he wondered why a ‘girl like me’ was still single?  Hmm, I often wondered that often myself, and I guessed that even though his initial impression of me was of a ‘headachy hungover Hollywood chick’, that his opinion of me must have somehow been amended by my lively banter.

So naturally, I told him about dating in LA, and about the variety of dating obstacles one faces living in a city like Los Angles: distance, players, old farts, boy-toys, gold-digging girls who make men fearful of good girls…well you get my drift, basically, in a short time I managed to surmise my entire blog findings to him, amusing him with my, well, personal pain and suffering as he laughed out loud at my stories of woe.

By this time in the flight, my headache was gone – as the pills had worked there magic, or perhaps it was the free first class wine that Ted and I were both indulging in, and the ‘hair of the dog’ was in play – regardless, the outcome was the same, I felt great and was enjoying my time talking to Ted.

As I continued to regale him with bad dating stories, I told him of a story I wrote for my blog about married men, called ‘Happily Married Cheater’. I informed him that most of the married men I encounter in Los Angeles cheat on their wives, and I had come to this conclusion because, well, they had hit on me.  I told him how disconcerting it was to think that even if I did find my match, my ‘soul mate’, that having been single and dated for so long, that I feared I might never really be able to trust my guy, as umm, I have seen how men are.  And then I looked at him, and said, “Guys like you don’t exist in my world, I bet you would never cheat on your wife?”

Ted looked at me, and I am not sure if it was because he had been flying for like 18 hours already and was exhausted, or because he had enjoyed 3 glasses of red wine at a high altitude, but he told me that one time, years prior, when he was attending a conference in Oklahoma, he met a woman, a woman named Denise. Over the duration of the three day conference, they seemed to hang out frequently and had a playful rapport between them.  Denise was married as well, and he said he felt like the playful flirting was merely a release for him from his job, his wife, and at that time, two little kids.  The last night of the conference, and after an evening mixer where multiple cocktails were served and indulged in, he fell into bed with – Denise.

He quietly whispered and told me that it was a night of passion like he had never experienced before in his life, the sex was off the charts, yet when he woke up in the morning, and as the alcohol started to leave his system, he was consumed with a horrible guilt, one that had never left him to this day. He said that he had never told his wife, and that he would never ever do anything again that would compromise his marriage or his family.

After the words came out of his mouth, he looked at me, and with a shocked look on his face admitted that he had never told anyone about Denise and what had happened, and that I was the first person that he had confessed this dark mark about his past to. Ted, my STRANGER ON A PLANE, had told me of his deepest secret, one that could destroy his life.  I was a bit surprised that he had blurted it out, even with the fatigue and alcohol consumption.  And just as I was mulling over all of that, the pilot came on and announced that we would be landing in ten minutes, and that we need to put our trays and seats up.

The next ten minutes were a bit uncomfortable, as I could tell that Ted felt nervous for having shared such a personal story with me. And as we all got up to deplane, I smiled at him and waived to his wife and kids who were ahead of me, wishing him a happy life, and knowing that the probability of me running into Ted again in this lifetime was – virtually nil.  He had been a STRANGER ON A PLANE, a STRANGER ON A PLANE who for a few hours became a friend, and I became his confident.  And you know, sometimes being able to talk to a stranger, one you will never see again, is likely better therapy then a confession to a priest, or session with a therapist.

So the moral of this STRANGER ON A PLANE story is….

To listen to the audio link – podcast for STRANGER ON A PLANE, click on the link below…. 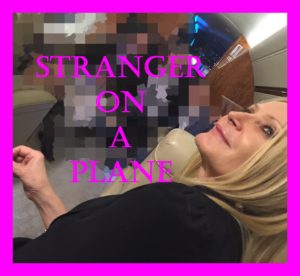 3 thoughts on “Stranger On A Plane” 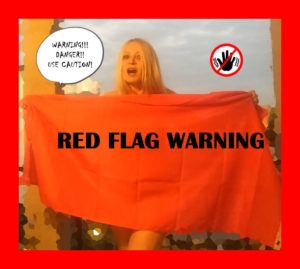