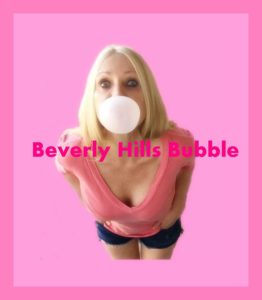 Is there such a thing as the Beverly Hills Bubble?

When I arrived back in Los Angeles after the Christmas holidays—after spending an extended stay in the Calgary airport on my return due to ‘holiday flight interruptions’—you would think the first thing I would have noticed when I finally landed at LAX were the warm winter winds and the palm trees gently swaying amid a sunshiny azure blue sky: a quintessential California winter day.

Well, you would be wrong.

You see, when I departed LAX the first leg of my WestJet ‘two-day-trek’ to the great white north was delayed by several hours. Normally, I would be irritated and stressed about the delay.  But as I took a good look around, I noticed that Terminal 2 at LAX had been completely renovated since my trip the year prior. Last year, there was one kiosk in the whole terminal where you could only buy, basically… prison food.  So, when I realized that several new boutiques, restaurants and bars were now at my disposal, I landed at Barney’s Beanery and indulged in some tacos and wine, chatting with other stranded passengers until my WestJet flight actually departed for Calgary.  I felt grateful that the spiffy newly-renovated terminal had been a comfy distraction from my delayed flight.

Then, after spending 12 days surrounded by the beauty of what is a Manitoba winter, with the crisp cold air and the clean white snow making the merriment of the season come alive before your eyes— a picturesque Christmas postcard of beauty—I was once again sidelined in an airport on my return, the new International Terminal in Calgary to be precise.

Not only is the Calgary International terminal large, boasting of many restaurants, bars and tiny little shops…but it’s also clean. Clean as a whistle. Pristine! You could actually eat off of the floor; seriously! So when I finally landed back at LAX, back in Terminal 2 – the newly renovated terminal, one which seemed like a revamped miracle only two weeks prior—all I noticed when I disembarked the plane was filth:  garbage strewn about, mobs of people everywhere, more garbage, and miserable unhappy people breathing in an air that would not be described as odorless.   Compared to the clean airports of Canada, Terminal 2 looked like a dump; an old dump, one that needed a renovation.  It likely would have not struck me as odd, had I not been marveling at its beauty and improvements only two weeks prior.

As I got in my Uber to head to my home, I started to really take in the scenery around me: the massive freeways, the run down stores, the dilapidated buildings, the un-manicured lawns, the worn out street signs, not to fail to mention the homeless people hanging out in the middle of the busy streets looking for handouts or trying to sell you oranges.  Compared to the ‘Sunny Manitoba’ snow-kissed countryside, I felt like I was heading into a poverty stricken war zone.

As we continued our drive down the increasingly noticeably dilapidated La Cienega Boulevard, with the majority of business having bars on their windows, I remember saying to my Uber driver, ‘God, LA is an ugly city. It’s a dirty, ugly city.’ Pondering those thoughts, I felt the aching of my heart, sad having left my mom standing in tears at the little Brandon airport as she hugged me good-bye at four a.m. earlier that morning.  I began to wonder what the hell I was doing living so far from my family, in this ‘dirty-cesspool-of-a city’, one I proudly defended for years as ‘my city’.

Then, just as the Uber car crossed over Olympic and Wilshire, suddenly the topography changed as dramatically as if a fairy had used her magic wand to cast a beauty spell on everything that fell within its magical range: The grass was cut, the houses were pretty, the sidewalks were clean, the cars were nice, the bars were gone from the restaurant windows.  Ahh… I was home! I was back in Beverly Hills! HOME AT LAST!

Then later, after some soul searching and once the homesick aching finally dissipated, I realized that living, working, and playing in my comfy 3 mile radius had made me rather oblivious to life outside of my Beverly Hills Bubble.   I basically existed in a beautiful Beverly Hills bubble of life, kind of like living in Stephen King’s Under the Dome, except this was a dome that no one wanted to escape.

I guess Los Angeles really is a city of neighborhoods, and each one has its own type of beauty and qualities which draw people to live there: Santa Monica – beach lovers, West Hollywood – lifestyle acceptance; Los Feliz- artsy fartsy folks (and the scary Scientology center); Venice – hippy dippy granola peeps … well, you get the picture.  When I moved to LA I had one friend, and she lived in Beverly Hills, in the heart of the Beverly Hills Bubble.  And, as I lived with her for a while, I began to feel comfortable in my new neighborhood to the point that I have never left it. So… here I am and here I be, so Beverly Hills Bubble – you are stuck with me. 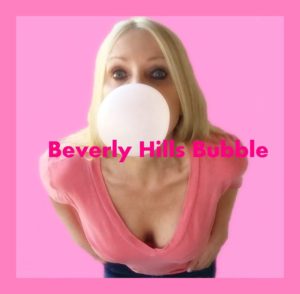 You know you are part of the Beverly Hills Bubble when…

Below is the PODCAST for those who can’t or don’t or won’t read, or trapped on the 405, this is for you!