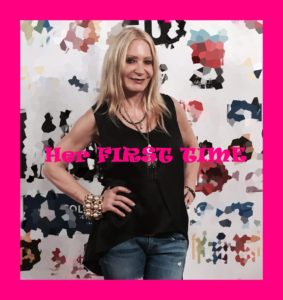 A girl’s FIRST TIME is something she never forgets: her first kiss, first lover, first husband, first Chanel bag… every first—whether good or bad— is an experience which results in an everlasting memory.

I recently wrote blog post called Hookup World where I alluded, once again, to the horror of receiving a Dick Pic. So you can imagine my delight when a male acquaintance of mine emailed me to say he had read my story to a female friend who had just received her FIRST Dick Pic—and he told me how she had laughed out loud at my surly comments. So, of course, I asked if I could contact her to hear her story, and the result is…

Caroline—an attractive, forty-something brunette with a successful real estate business—recently divorced her husband and business partner after 20 years of marriage. Ready for some new FIRST TIME adventures, as well as some much needed R&R, she attended Art Basel in Miami and then headed over to Naples (Florida, not Italy) to stay with her best friend for a few weeks of, well, I guess you could say… a ‘divorce detox.’

Her best friend, Sophia, lives in a beautiful high-end ‘you need to be a multiple-millionaire to live there’ condominium complex right on the Gulf of Mexico. So after the 5 days of ‘partying-art-and-more-partying’ at Art Basel, she was happy to land at the seemingly sleepy beachfront town.

Best-friend-Sophia lives with her boyfriend James, and the first day Caroline arrived, Sophia and James decided to invite James’ best buddy – Patrick, who coincidentally lives in the same millionaires-only condominium complex—to meet them for dinner at their Country Club. Sophia said Patrick was a fun, great guy, and they thought it would nice for the newly divorced Caroline to have a single friend for her Naples stay.

The restaurant at the Country Club was upscale, elegant, and catered to the wealthy boating community who wintered in the area. Patrick, who arrived a few minutes after they were seated, had the look of a distinguished gentleman. He lived half time in New Hampshire, spending the winters in the South.  The preppy, Ivy league educated, handsome, 61 year-old man ended up being a charming conversationalist.  He also was a chivalrous gentleman, standing up each time she left the table, and always checking to see if she wanted some more wine when her glass was getting low. They laughed, talked, and seemed to both really enjoy each other’s company.  It was a perfect evening.

The following day, Caroline spent the day at the beach and, when she returned to the condo, she was surprised to find a gift basket and a note from Patrick. On the enclosed note, Patrick thanked her for the enjoyable evening of the previous night, adding that he had assembled a welcome basket of various local delicacies to help her enjoy her stay.  The gift basket was full of various items— wine, cheeses, chocolates, flowers—and Caroline was really quite touched.  After all, this had been the FIRST TIME she had been set up with a man in 20 years, and the FIRST TIME she had received a romantic gesture from a man (other than her now ex-husband) in two decades.  It was a very sweet and classy thing for him to do.

So, when Sophia and James decided to host happy hour that night at their condo, and invited Patrick, Caroline was actually looking forward to getting to know Patrick better. The happy hour invite was for 4pm—as it turns out, this crowd of ‘young-wealthy-retirees’ like to start drinking early, and they hit it hard.  I mean, none of these people have to get up for anything except for their workouts, golf games and lunches aboard their yachts.

As the four of them sat around indulging in ‘serious-serial-cocktail-drinking’, the conversation ended up getting much rowdier than that of dinner the previous night. The atmosphere was far more relaxed, and the alcohol consumption was considerably higher.  The four ‘happy hour friends’ chatted about parties, food, travel and at one point, Patrick asked Caroline for her cell number so he could text her an invite to a ‘splishy’ yacht party the following day.  As the alcohol consumption continued at a quicker pace than Caroline could even begin to compete with, the conversation turned contentious, and at times developed into alcohol-induced full-blown arguments.

When the recent Presidential elections became the topic of conversation, and when Caroline admitted to having voted for Hillary Clinton, a drunken Trump-supporting James threatened to kick her ‘democratic-voting-ass’ out of the condo.  Patrick, her charming preppy gentleman from the previous night, never came to her defense; and the more Patrick continued to drink, Caroline noticed that his behavior became increasingly loud and obnoxious as well.  At 7 pm, Caroline, who is a light drinker, excused herself and went to bed – basically passing out from all of the wine she had consumed – and left the rest of them to drink and party the night away.

When she woke up again, at 11pm, still feeling a little loopy from all the wine, she grabbed her phone and noticed that she had 3 new texts messages, all from Patrick. As she rubbed the sleep from her eyes, she read the first text from Patrick, and almost fell off the bed…

“OMG, I so wanted to eat your pussy tonight.”

A speechless Caroline was dumbfounded…..this was the FIRST TIME she had ever see the words ‘eat your pussy’ both directed at her AND in writing. Shocked, she opened the next text as she couldn’t imagine what could possibly top the pussy-eating-text….

“Next time you are going to have to leave your door unlocked so I can come in and give you the time of your life. You are just so hot, you got me turned on.”

Caroline, glad she had locked the door, and wishing there was also a dead bolt on it, wondered what the hell Patrick was thinking….what happened to the gentleman she met the day before? … As Caroline’s shock continued to unfold she opened the last of the three text messages to find… a…

This was the FIRST TIME in Caroline’s life that she had ever received a Dick Pic from a man, and on top of that, this man was a virtual stranger: a stranger she had not so much as kissed, or even held his hand. Was she turned on? No, FUCK NO! She was sick to her stomach.  And after she gagged, felt both verbally and visually violated, she contemplated what to do next.  I mean, this man was best friends with her best friend’s boyfriend, and he lived in the same complex where she was spending another ten days.  So the chance of running into ‘Penis Patrick’ again were highly likely, and being that, she reasoned, his behavior was the result of basically an alcohol-poisoned brain, she politely replied at 11:37 pm….

“Thank you for your interest in me, but I am not that kind of woman.”

“Well, you are the one that got me fired up; don’t make me feel ugly about it.”

Caroline was stunned. First, he had sent the series of sexual texts, only to be followed by a picture of his erect naked penis.  Then, for him to turn it around on her, and blame her for his inappropriate actions, was reprehensible.

The next morning when she woke up, she had a closer look at the series of ‘sexty-texties’. She realized that he hadn’t made one typo, and he was alert enough to shut her down and try to deflect his actions onto her.  This wasn’t the behavior of a drunken soul who was not responsible for his actions; rather, this was a man’s true character that reared its ugly head—thank God, early, before she got in too deep.  This was the FIRST TIME she had experienced this kind of an encounter, and for the FIRST TIME since her divorce, she truly realized that she was in a whole new dating world… Boy, was she in a new dating world.

Then, she looked carefully at the dick pic text; something seemed a bit odd upon closer inspection.  Caroline noticed that in the corner of the picture there was  a window, and through the window she thought she saw… SNOW?!? ! Impossible!?! Hmm, there isn’t snow in Florida??

Caroline realized that this dick pic needed a much closer inspection than what was possible to see in a text. So she uploaded it to her iPad – the picture was now very clear, and very large. The window in the distance was indeed full of snow.   Hmm, he must have taken this picture when he was in his New Hampshire house, obviously before he even met Caroline.  What a creeper! 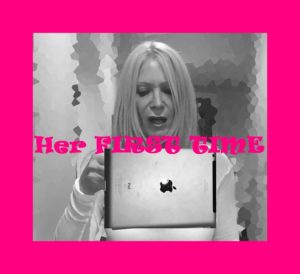 Then, when she went to save the picture, a date popped up under the image – March 3rd, 2010. OMG, the picture was 7 years old!!  What the hell?  Was this a ‘dick pic profile picture’ that he carried in his wallet? Did he have it saved in the favorite section on his iPhone as his penis calling card? Was he too old to get it up now, so he needed to send one from his pre-Viagra years?

Let’s just say the rest of her trip was slightly uncomfortable. Somehow she worried that she still might run into ‘The Ghost of Penises Past’, live and in the flesh.  She never told Sophia what happened; instead Caroline just told Sophia that she preferred not to see Patrick again, as she really wasn’t ready to date.  After all, she didn’t want to ruin any friendships or cause any drama since she was merely a visiting ship passing in the night. (Hey as long as she didn’t have to be his VESSEL, she was fine with simply avoiding him.)

But guess what?  Revenge is sweet! Caroline already has a gift picked out for Sophia and James for Christmas 2017.  She is getting specialty coasters made from Patrick’s Dick Pic shot.  They will think it’s a hysterical gift, and perfect for their ‘happy hour party crowd’ of rich drunken soulless souls.  And Patrick, well, when he sees his penis picture with a glass of Chardonnay sitting over it, chances are, he will lose any erections for the foreseeable future.

And the moral of this FIRST TIME tale is:

A side note from Janell….

So, if I were to describe it for you, I could only say that…. that thing is huge! Have you seen the movie Boogie Nights? Picture that penis! With a hairy flabby belly…and…. on top of that, upon further inspection, I don’t think the size of his fingers match the size of the…well…. 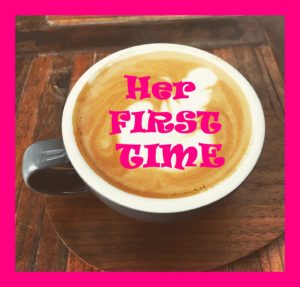 If you enjoyed this story, please like or share! Also, if you have a story that needs to be told, just let me know! Until next time…xo

8 thoughts on “Her FIRST TIME” 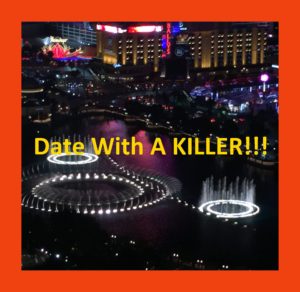 Dating a Killer
Date with a KILLER!!   Have you ever seen any of…