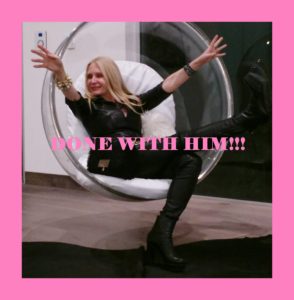 Girl 1: “So have you bumped into Eddie lately?”

It was at this point in the conversation when Girl 2 finally realized that she was… DONE WITH HIM!

I recently had one of those ‘I am finally DONE WITH HIM’ aha moments. One of my girlfriends, who had moved out of the country, came back to LA for a visit.  During our dinner she inquired about a MAN who I had been absolutely besotted with only two years prior: a MAN who almost drove me crazy with his games; a MAN who loved to play ‘push-and-pull’ with me like I was a piece of toffee; a MAN who let me love him only to take a sledge hammer to my heart, and then attempted to glue it back together with double sided tape;  a MAN who flirted with my friends and hit on every female that came within 30 feet of me;  a rotten, mind-fucking MAN who not only tortured me with his silly boy games, but also my girlfriends, who had to endure three years of my MAN-induced tears.

So for that split second, when I had to think about who MAN was, I had a momentous moment of clarity as it finally dawned on me that I was over him, really over him. He was no longer on my mind. I was healed. I was officially, DONE WITH HIM.

Life is funny like that. Sometimes something that is so painful or stressful can—at the time— take up all of your energy: mentally, emotionally and physically. Now, looking back on things, I wonder why I let his manipulation and games keep me running like a caged hamster running on his wheel, going nowhere but around, and around, and around?  How did I not see this soul and heart sucking vampire for who he was?

In retrospect, I guess I can say I was blinded by love, or under his treacherous spell of trickery and deceit, but the truth is, I didn’t value myself enough to disallow this kind of behavior. I didn’t take the ‘red flag warnings’ for what they were and flee.  I made pathetic excuses for his bad behavior, and let myself be his yo-yo to play with as he wished.  That was the old me; the new and improved me (actually 100 times stronger me since I have been writing my blog) now flees at the first sign of crazy-boy behavior.

So always remember, when your heart hurts, that … this too shall pass. And learn from your mistakes.  Try to see the blood sucking VAMPIRES for what and who they are and just say no.  That way, you will never have to get to the point of realizing that you are DONE WITH HIM, because you will be embracing you and only allowing those worthy of you to be around you.

Audio Link for those trapped in their cars! 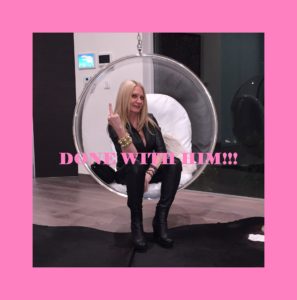 Remember… Love yourself first, you can’t share yourself with anyone when you aren’t loving you and taking care of you…

Please share, or like or send to someone who needs a energy kiss! xoxo Until next time, Janell

3 thoughts on “Done With HIM!” 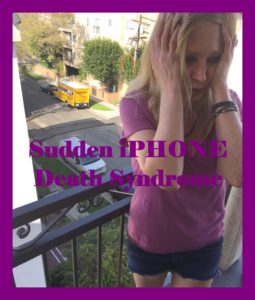