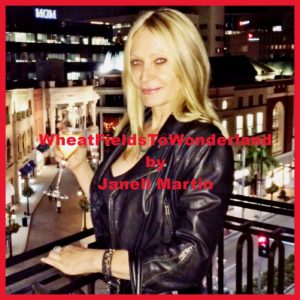 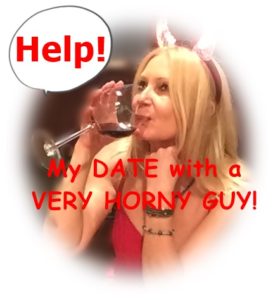 But, as it turns out, not all men are wired equally.

I had just arrived at a sports bar to watch the Lakers with a friend. I had come straight from work and I was starving. When my friend and I finally found a place to plop our butts down, I quickly perused the menu, and the Kobe Beef burger and steak fries jumped out at me. By the time we placed our orders, I was so hungry I was seriously thinking that a tablespoon or two of the ketchup on the table could totally substitute as one of my vegetable servings of the day.

Thank God the waiter saved me from myself —just as I was shaking the ketchup, the burger and fries were placed in front of me, along with a large glass of Cabernet. Finally, I was calm, watching the game, and giggling with my friend, the ketchup now having a proper home on my burger and fries. A handsome dark-haired man approached the table and looked at me and said: “It’s not often you see a girl who looks like you, chowing down on a burger.” I looked up at him rather puzzled, and he continued “I mean, you’re tiny, the burger’s almost as big as you.” I laughed, telling him I was a ‘Canadian farm girl’ who knew how to eat, and I worked out like a crazy person, so food was most definitely my friend.

His name was Dorian, and he informed us he was an entertainment lawyer. He chatted with us several minutes before he handed me his card, and said he would love to take me out on a date. I have to admit I was very attracted to him, he was cute, and kind of funny in a quirky way, so I gave him my cell phone number.

The next day he called and made a date for Saturday night.

Gosh, maybe he is the ONE kind of goosebumps.

We had a great dinner, yummy steak, fine wine, and excellent conversation. By the time dinner was over, we were holding hands on the way to his car.

We drove from STK to the Bungalow in Santa Monica.  The Bungalow is a breezy, fun, cool haunt, one that I had always wanted to go to, but had not had the chance to do so, until now. Dorian had reserved a table for us, and after a few more glasses of wine, as a band started to play, we got up and danced.

Crap, could this date be going any better? Nice dinner, great club, good conversation, yummy wine, and I had finally met a guy who liked to dance as much as me! 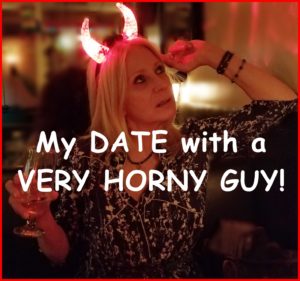 We danced for a long time, and then a slow dance came on. It was that perfect moment for our bodies to see and feel how we melded together. And, it was nice. Really nice. I felt relaxed, and happy. I started to caress his head with my fingers as we slow danced.

But then, as my fingers gently stroked his hair, I felt something odd. What was this? Nah, it couldn’t be! Trying not to be conspicuous, I kept stroking his head, lovingly, while at the same time trying to reassure myself that what I had felt was not a hallucination after having consumed a few glasses of wine. Upon further ‘inconspicuous inspecting’ I discovered that what I thought I felt, was in actuality what I had felt.

MY BOY HAD HORNS ON HIS HEAD!

I almost passed out from the shock. On the top of his skull, and on each side of his head, directly opposite each other, Dorian had two little pyramid shaped horns on his head.

Okay, so now, I had gone from relaxed to panicked. Was Dorian the devil? Was he a devil in disguise? Did the horns pop out more on a full moon? I mean, not to exaggerate at all, but, well, they had the actual shape of two little horns about a half an inch high. Shit, good thing this guy had a full thick head of hair so he could hide his devil horns.

Now the question at hand! 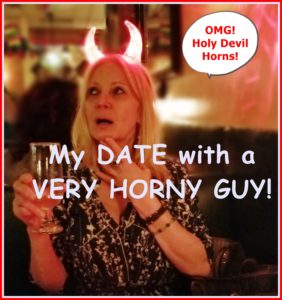 A good kisser, a smart man, and fun guy who also happen to have horns on his head. By the time my head hit the pillow, I started to feel horrible for even having had a second of thought that the horns on his head could have any correlation to him being part of any devil worshiping, demonic Satan loving cult.

The next day, Dorian called to tell me how much fun he had. He wondered if I wanted to hang out with him at the pool at the Peninsula Hotel, as one of his friends was in town and had a cabana poolside and invited him to join.

How could I say no to a cabana and pool time?

Dorian was happy to see me. His friend from college also had invited a female friend, so it was the four of us, sipping champagne and relaxing in the sun. At one point, as the sun’s rays started to become increasingly warm, Dorian suggested we take a dip.

Hmm, I wondered if the horns would poke through his hair when his hair was wet?

We took our champagne and went and sat in the water, the sun was beaming directly down and after a few minutes of ‘natural light’ Dorian looked at me and said: “Do you have a small hole on your face?”

Okay, so when I was a teenager, I had this odd inverted pimple, below my nose and above my lip that left a small hole in my face. A small hole the size of a pinhole, but a wee hole it is indeed. I forget about it as it is just part of my face, although it actually is somewhat noticeable if you are looking UBER close at my face.

So, I explained to Dorian the whole ‘small hole on my face’ thing. And do you know what he said????

“Well, you need to get that fixed. I can’t look at it. It’s detracting me from wanting to look at you .”

At first, I was mortified. I was embarrassed. I felt ugly, ashamed. You name it, I felt it. But then, something snapped in me. And in my now enraged ‘champagne-liquid-moment of courage’ I blurted out: “Well, I would rather have a tiny hole on my face than two devil horns on my head. What is wrong with you? I wondered all night if ‘the name’ Dorian was really ‘code for’ Damian! I mean, you have devil horns on your head and you are criticizing me?”

I did go and see my dermatologist, Dr.  Stuart Kaplan, after this, regaling the entire story to him. And he said: “Janell it is so small, it’s barely visible. If I fixed it, you would have a scar that would look worse and be far more noticeable. Use the tiny hole on your face to your advantage, call it your ‘jerk alert.’ 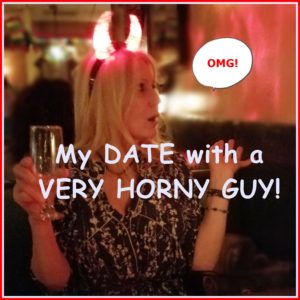 Check out my book, Where the Dogs Go, if you are a doggie lover!