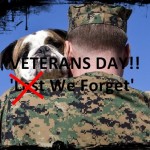 Growing up in Canada, November 11th only signified three things to me:

In Canada, we call it Remembrance Day; in the US, Veterans Day. And on this day, we are supposed to pay homage to the Veterans, the men and women who fought for and served our respective countries allowing us the freedom to be who we are. But do we? We may watch the President for a few seconds on the TV give his national address, we may wear symbols on our lapels on this day….but how many of us really think much beyond that? Some of us may be too busy nursing a hangover from the party last night that we went to, as we didn’t have to work this morning.  One person forever changed my perspective on Veterans, the War, and Soldiers in general…. 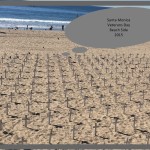 I worked for a very Famous Actress/Singer/Business Mogul for two years; for the sake of this story I am going to call her… BIGSTAR.  BIGSTAR is known as much for her works with Veterans as she is for her very celebrated entertainment career. She went to both Vietnam and the Persian Gulf to entertain the troops and traveled with Bob Hope visiting Military Bases and hospitals throughout the world. So, when she was asked to be the Grand Marshall of the Veterans Day Parade in Scottsdale she accepted the honor. She also accepted the offer of her assistant, me, to accompany her.

They were providing us with lovely rooms at a high-end resort and air fare. I was excited to go because my best friend lives in Scottsdale and I was sure I would have time to visit. Plus, the resort looked gorgeous on line and I was  already picturing myself poolside sipping exotic cocktails.  As such, had my two favorite bikinis packed.

The day before we were to leave BIGSTAR instructed me to get several boxes of her men’s colognes and soaps that she carried as part of her business skin care line. She instructed me to take with me, as told me that we were going to give them out to the Veterans. I was annoyed I had to schlep the extra stuff and as I had just done my mani-pedi the night before – so my nails would look perfect along with my spray tan and my bikini pool side – I was pissed-off that the heavy awkward boxes might chip a nail.

We arrived late evening  into Scottsdale and had the whole next day to ourselves before heading to the Veterans Day Parade the following morning. That evening  BIGSTAR told me that she wanted to go to the Veterans home by nine am the following morning to drop off the samples of the colognes and soaps. I couldn’t understand why she wanted to go so early; she was not – at least at that time – what you would call an ‘early bird’.  But, I reasoned that early was better as that would still leave me  the rest of the day to play poolside.

The following morning,  at nine am, we made our way  to the veterans home.  I was wearing jeans and a t-shirt carrying the heavy boxes and BIGSTAR was glammed up in a dazzling outfit; an outfit which seemed a bit odd for this time of the morning considering we were just dropping these boxes off with, what I assumed to be the front desk person. But then it hit me! BIGSTAR must have a date or a secret liaison planned and all of a sudden the dazzling outfit and the early start time made sense.

Arriving at the Veterans Home…

We did speak to the front desk person upon arrival and they were expecting us, of course.   Then, the head of the Veterans home came out to speak to BIGSTAR and thank her for all of her hard work over the years. I was trying my best to listen but the boxes were heavy and my arms were hurting, and as I started to drift into mindless thought BIGSTAR said, “Okay come along honey (she called me honey), let’s get started.”

The first room we went into was a large TV room filled with Veterans of various ages watching TV. The first thing I noticed was that many of them were sitting in wheel chairs – wheel chairs because they were missing limbs – a leg, both legs, a leg and both arms, both legs and both arms – it was shocking to actually see a group of men assembled like this. And, the second thing that that struck me was  their varying and vast  ages. There were men far older than anyone I would ever call Grandpa and men young enough to be called boyfriend.

As the TV program was paused, BIGSTAR went up to each and every man, spoke to him, engaged in conversation with him,  shook his hand – if they had a hand to shake – and thanked him for serving our country.  I followed behind with the boxes handing out soap and cologne to each and every one of them.

We spent the majority of the day going from room to room, me watching BIGSTAR conversing, listening, hugging, and thanking each and every man in that Veteran’s home for the service they had rendered to their country.   The older ones were ‘tickled pink’ to see her and told her tales of the time they remembered her coming to the base to perform during their war. Each and every man in the veterans home was touched by her kindness, her compassion, and the fact that she took time to come and see them.

The weight of the heavy boxes started to lift, but the heaviness of deep felt heart sadness started to weigh me down. It was hard to see men – men who had been in battle, fighting for our country – confined to living out the rest of their life in a  veteran’s home. They were lonely. They were limited in what they could and could not do. They were alive, yet they were forgotten by most.

And, at the end of the day my nails were chipped and my bikini-clad pool day was not even a thought in my mind. This day forever changed me. Not, only did I gain a new and utter respect for BIGSTAR, but I gained a new perspective on war, and on its casualties – the Veterans – that seem to get lost in the tragic death toll that takes first place in our history books and online news accounts.

So, on Veterans Day and for the other 364 days of the year, don’t forget the freedom you have as you are driving your Porsche listening to Pharell while your right Prada shoe keeps the speed and your left Prada shoe taps along to the tunes that… someone out there paid for all of that with his life, or her life, or is living a life that most likely you would not want to live.

So, the Moral of this Veteran’s Day Story is… 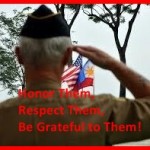 « Dating A Two TIME Loser
Gym Etiquette or Should I Say, Non-Etiquette! » 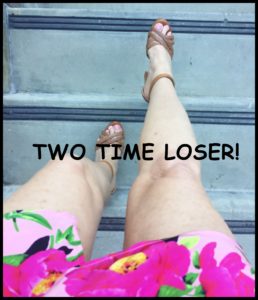