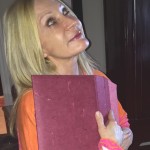 Don’t look to the past to find your future! 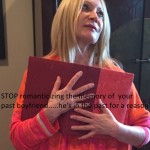 ‘HIM’….the boyfriend, the lover, the one that showed you the world and spoiled your rotten….

We all have a ‘HIM’ in our lives, the one special man whose memory  becomes the barometer for all the other ‘HIMs’ in our lives.

I recently ran into a friend at the gym, a woman whom I first met when I moved to LA.  At that time she was married, unhappily, and the mother of two teenage sons.  Eventually she ended up divorced, remaining friends with her ex, and then suddenly last year he passed away at a relatively young age.  She went on to tell me about how miserable it was to date at her age in LA (HELLO… I told her any age lol) and that no man ever came close to being nearly as wonderful and special as her dear departed husband.

That was my mind coming  to a complete stop.  Umm.. NO ONE has come close to the man that she was so desperate to get away from that she actually divorced ‘HIM’? I looked at her and said, ‘Friend, stop romanticizing the memory of ‘HIM’!’ She looked a bit perplexed.  ‘You divorced ‘HIM’, you didn’t love ‘HIM’ enough to stay married to ‘HIM’….there were things about ‘HIM’ that drove you nuts, have you forgotten all of that?’

She thought about it and said she realized that I was right; the good and wonderful qualities that initially had made her fall in love with ‘HIM’ had flooded her memory to the point that she had conveniently forgotten the bad.  We as women all tend to do this, and as a result make it hard for any other man to get close, as we are constantly comparing  the new ‘HIM’ to the memory of a ‘HIM ghost’ from the past; a ‘HIM ghost’ who somehow transformed ‘HIM’self’ in our memory as a ‘Prince Charming HIM ghost’ who could do no wrong.

So if you want  to give yourself a change to meet your soul mate, your life partner, or whatever it is that is going to make you happy with a new ‘HIM’ in this life time….You had better stop romanticizing the memory of the ‘HIM ghost’…

BECAUSE  what one REALLY has  to remember is…..

‘HIM’…your first boyfriend, your first love, your first touch, life was all about ‘HIM’….. Until He Dumped You For The Head Cheerleader Leaving You Crying Behind The Bleachers

‘HIM’….the boyfriend, the lover, the one that showed you the world and spoiled your rotten….Until He Decided His Next Toy Would Be A New Ferrari And He Was Tired Of Playing With You……

‘HIM’….he courted you, you fell for ‘HIM’, he married you, and you vowed to love ‘HIM’ forever…..Until ‘What Happens In Vegas’ Didn’t Stay In Vegas, Instead It Ended Up On Facebook And YouTube…. 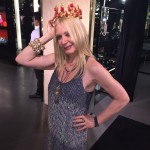 Enjoy life, every Princess deserves a Prince, they just might not look or be who you expect!

So while you are waiting, drink champagne, dance and HELL YAH….ENJOY LIFE GIRLFRIEND!!!!