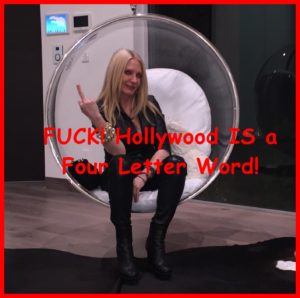 Fuck! What the fuck did you say? Can you fucking believe that? That fucking bitch! What the fuck? No fucking way? Go fuck yourself. What a fucker. That’s so fucked up. Fucking funny dude!   Fuck him!! Fuck her!!! Fuck…..

I never swore in my life.  Okay,  so the odd curse word did come out of my mouth from time to time. I mean, I’m not a saint, close, but well, I am not.  However, one of my first and favorite Entertainment Industry Boss’s most frequently used verbs – even with Boss’s Ivy League education from Princeton University – was ‘fuck’.  Soon after I began working for him, I started to notice  that the word ‘fuck’  was also very popular with almost everyone in Boss’s world.   Boss’s agent, Boss’s manager, Boss’s publicist, Boss’s friends, basically everyone loved to use the word ‘fuck’; yet,  it had a different meaning depending on how you used it and the intonation that accompanied it.

How the fuck is that you ask?

For example, “Where the fuck is Boss?” usually was from a panicked manager who had an important deal that needed Boss’s immediate attention. Whereas, “No fucking way” could either be a sign of indignation and a strong desire to not do something, or it could be followed by a laugh or a sigh, showing the obvious implausibility of a certain scenario. Okay, so I bet you are rubbing your head right now trying to figure out what I’m talking about.

Let me give you and example:

Guess who was at lunch with HER at Spago on Friday?… And when the response is “No fucking way” it could mean one of two things. The first way would be to say it in a shocked fashion only to be followed by a facial expression of complete disbelief, for example “No fucking way”.  Or, the second intention of the expression could be said like this: “No fucking Way”  said mockingly, only to be followed  by a small laugh or giggle meant to undermine or show the ridiculousness of the situation.

Yes a word can have several meanings…

I started to notice that not only was Fuck used as a verb with the Hollywood Elite  but it also became a word that took on many grammatical structures: ‘Fuck Face’ – the Noun; He is so ‘fucking’ stupid – the Adverb; Where is my ‘fucking’ jacket – the Adjective! Basically, the only time I rarely heard ‘Fuck’ used in a sentence was when it was used to describe the actual act of…well fucking.  That action would more commonly be described as ‘boning, hooking up, or doing’.

When life begins to imitate art, or well, crappy vocabulary…

When one certain word is frequently repeated throughout the day, it doesn’t take long for that word to become part of one’s vocabulary. Remember when Madonna moved to London within a short time she re-emerged with a British accent.  Mimicking, modeling, whatever a therapist wants to or has called it ‘fuck’ soon became part of my vocabulary as well. And my mother was really upset by this, as it did and does slip out of my mouth from time to time much to her chagrin.   Apparently, I was brought up to be a lady and only uneducated people, according to my mother, need to resort to profanity in order to get their point across. Well….Let’s just say…