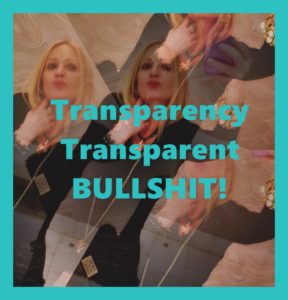 Transparency implies that the information, communication, or the accountability of ones’ actions are, in effect, basically easy to see and understand. In other words, transparency points towards full disclosure. I’m not sure how you feel, but the word transparency was one I’d hoped would be shelved in 2018 as it was so overused in 2017 that—had the word an expiration date— it would have perished long before the ball dropped in New York City this past New Year’s Eve.

Politicians love the word transparency. Obama once claimed that he had the most transparent administration in history. Donald Trump likes to complain about the lack of transparency of past administrations, yet he was beyond non-cooperative about sharing his own taxes when asked. In fact, when you search the internet, there are tons of articles about how Trump is the least transparent President of all time.

Politicians overuse of the word transparency has—in my opinion—basically saturated our brains to the point that it has become part of our ‘urban’ language. All of a sudden, the word transparency is popping up in everyday conversations as the new ‘catch-phrase’ of the moment. Personally, I am so sick of hearing the word, especially when it is misused and misrepresented.

If I am dating you and you say to me that ‘you can ask me anything, I am so transparent’, so I decide to ‘brave-up’ and ask you—hoping the answer is going to be NO—if you are dating anyone else. When you answer me with something to the effect of ‘No, I only date one woman at a time’ I, for a minute, am grateful that I ‘braved-up’ and asked that ‘oh-so-sensitive’ and awkward dating question, now loving your transparent handsome self.

So, when I have lunch with a single-girlfriend two days later, telling her how ecstatic I am to have a transparent ‘boyfriend-in-the-making’ who confirmed that he is only dating me; she in turn is happy for me, and it makes her optimistically-hopeful that there are still good men in Los Angeles.

So, when my single-girlfriend is at the bar at Craig’s later that night, and she spots YOU canoodling in a booth with some other chick, not only does she text me straight away blowing your lying-not-so-transparent-ass out of the water, but captures the public snogging on her iPhone rendering your changes of ‘worming your way out’ of this situation – impossible.

News Flash – YOU are not transparent, you are full of BULLSHIT! 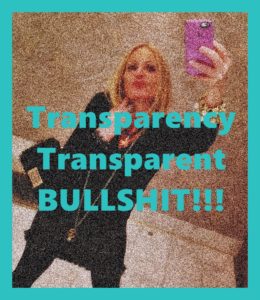 If you are my friend, and you sense that maybe I might be a bit more distant than normal, and you call me asking me if anything is up, reminding me that you are ‘so transparent, and that I can ask you anything’. So, I decide to ‘girl-up’ and tell you that my feelings are hurt as I have heard from two different friends that you think my blog and my writing endeavors are a waste of my time, energy and money—time, energy and money that would have been better spent on dating sites trying to find a husband.

You, of course, are upset, and tell me that I shouldn’t listen to gossip, and you would never say those things. So, when I tell you that I heard the same story from two different friends who both know you—yet don’t know each other—I therefore find it highly suspicious that they would both have the same identical story, as they obviously can’t co-conspire if they don’t know each other.

As a result, your transparency bubble has suddenly become quite murky, and you are now officially caught and convicted of ridiculous and petty mean-girl behavior.

You are not transparent – you are full of BULLSHIT!

If I am at a cocktail party and I meet you for the first time, and in an effort to try and get to know me, you start talking politics. You go on to pontificate how our political institutions and politicians should be more open-minded, less polarized, emphasizing honesty and full transparency. So, when I bring up our current Commander in Chief’s litany of embarrassing Twitter rants, you then slam me for having an opinion.

Guess what? You are not transparent at all—rather, you are just a big-talker narrow-minded non-transparent individual who showed me his true colors up front, saving me from wasting any more of my life listening to your BULLSHIT!

Okay, ‘nuff said. I think you get my point.

And the moral of this transparent story is…

Sending a shout out to all the Dog LOVERS out there, please check out my novel, ‘Where the Dogs Go’ by Janell Martin! www.WheretheDogsGo.com

You can also order it online at Amazon or Barnes and Noble! Check out my reviews so far!! 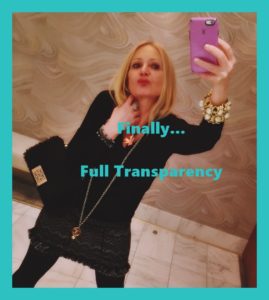 Ten Reasons Why YOU Should Be Dumping YOU!!! 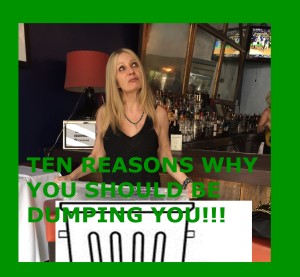 The Internet and magazines are inundated with articles on the subject of dumping. Whether it’sTen Ways to Recognize When a Girl is Going to Dump You, or Signs That a Guy is Just Not That Into You, the result is a multitude of various relationship conundrums – breaking up, cheating, getting dumped – built upon the fear of rejection by our ‘love of the moment’.

And really, what do these articles do? Let’s imagine that…. you are married and, your spouse has been acting oddly recently.  Then, as your toes dry at the nail salon, you flip through one of the worn, polished-stained magazines you’d grabbed on the way in. You stumble upon an article called Ten Signs Your Man Is Cheating on You.  So, you peruse the article, hoping no one will notice what you are reading…. and GODDAMMIT….7 out of the 10 signs mimic your husband’s odd behavior.  So, from that moment on, you start to look at your husband differently (the magazine article ripped out and kept in your purse for quick reference), as you start to hunt for every little possible clue to back up your now-certain belief that your guy is cheating on you.

I wonder how many of these ‘helpful’ articles create a ‘psychological manifest destiny’, kind of like a self-fulfilling, relationship-destroying prophecy: The fear of what could happen becomes a truth to be proved.  You know that old expression, “If you don’t go looking for trouble, trouble won’t come looking for you.”  I think sometimes, these articles – based totally on stereotypical behaviors – cause more harm than good.

Instead of looking for signs that someone is cheating, lying, manipulating, or getting ready to dump you; instead, you should look into yourself.   If you know who you are, and what you want and expect out of life, you won’t need an article to tell you if something isn’t working in your life.  You will just know.

In place of the negative-nervous-worrying-misplaced-wasted-energy trying to figure out the behaviors, thoughts and potential actions of others, put the focus on the only thing you really can control – your own thoughts and your own actions.

Really, why worry about someone dumping you. The only person who should be dumping you is YOU!

In an effort to make you the best you YOU can be, make sure you kick your own dumb ass any time you let yourself down.  When you underestimate yourself, under-value yourself, under-appreciate yourself, or under-LOVE yourself, you should really have a harsh talk with you … and dump you.  If you do not value you, the universe – and all of its energies and entities comprised within it –  won’t either.

ANYWAY….You Should Be Dumping You… 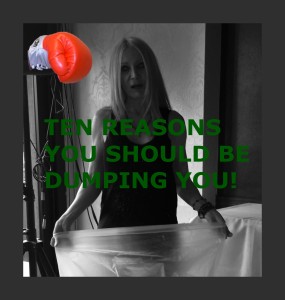 So here is an article below called 10 Tell-tale Signs He’s Cheating On You…I bet anyone could extrapolate whatever they want from this and convince themselves if they want to..lol